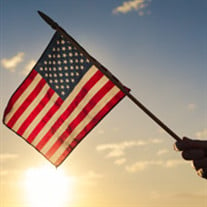 Duane Bernard Davis, 87 of Salem went to be with his Lord on Monday, December 23, 2019 at his residence surrounded by his loving family.  He was born on March 5, 1932 in Salem a son of the late Leslie E. and Lillie Lucinda Davis.  He is survived by his devoted wife Doris Jean Evans Davis and his faithful dog, "Shorty".  He is also survived by one son Michael Duane Davis and wife Jan, two daughters, Melinda Sue Edgell and husband Brad, Cindy Annette Holtz and husband Dave all of Salem, eight grandchildren, Jason Edgell, (Ashley), Scott Davis (Ashleigh), Natasha Rokisky (Brian), Samuel Davis (Abby), Haleigh Wolfe (Aaron), Shalayna Pulice (Adam), Shea Davis, (girlfriend Alison), Shaniah Bartlett, (Brandon), fourteen great grandchildren, Mikkah Edgell (fiancé Mark), Abigail Davis, Luke Rokisky, Jackson Edgell, Scarlett Edgell, Riley Davis, Joel Rokisky, Ava Davis, Rease Davis, Austin Pulice, Brenlee Wolfe, Samuel Davis, Kyah Wolfe and Evelyn Pulice, one sister, Carolyn Cooper, Salem , sister-in-law, Martha Davis, Bristol and several nieces and nephews.  He was preceded in death by brothers, Grover, Francis, Tom and Andy, four half brothers, Hansel, Ed, Leslie and Denver, two half sisters, Gay and Marjorie.   In August of 1950 he joined the Army National Guard with his older brothers, Francis and Tom.  The three brothers were assigned to the Company C 1092nd combat Engineer Battalion, Fort Campbell, KY.  They served together in the Korean Conflict.  He was honorable discharged on April 5, 1952 with the rank of Sergeant.  After his service he had several jobs, sometimes working three at a time to provide for his family.  He retired from Consolidated Natural Gas Company in 1990 with 32 years as a heavy equipment operator.   He was a lifetime member of the Sperry-Davis Post #9151 VFW; a 50 plus member of Friendship Lodge # 56 AF & AM (with his grandson). He was a 32 degree Scottish Rite Mason with membership in Clarksburg & Wheeling Bodies.  Duane was also a member of the Salem Baptist Church.  He was a lifelong resident of Salem where he and his wife were honored as Salem Apple Butter Festival King & Queen in 2010.   Duane & Jean enjoyed decades of camping (Ashley Campground, Tyler County Fair and Big Bear Lake) and made many wonderful friends who became like family.  They loved to bowl together, and he joined a company bowling league following retirement.  Duane had a love for country music and a passion for square dancing.  He participated baseball and basketball in his youth but found great joy in watching his son and grandkids excel in athletics.  His love for his grandkids went above and beyond; riding bicycles on the trail, playing pool volleyball, shooting pool, playing cornhole and horseshoes.  No matter what he was playing, he was winning.  Duane enjoyed many hunting seasons at his son's hunting camp with grandsons and friends.  There they spent time playing poker and deer hunting.  He loved to golf and went regularly with his son and grandsons.  Duane was known for his Beechnut chewing tobacco and his pocket full of Double Bubble gum.  His family would like to gratefully acknowledge Amedysis Hospice and all of his wonderful nurses and aides for their love and support.   Funeral services will be conducted in the Harbert Funeral Home 287 W. Main St. Salem on Saturday, December 28, 2019 at 1:00 p.m. with Pastor Jon Hayes presiding.  Interment will follow in the Salem I.O.O.F. Memorial Park.  The family will receive friends in the funeral home chapel on Friday, December 27, 2019 from 2-8 p.m. Full Military honors will be accorded by the Doddridge County Veterans Organizations.    Harbert Funeral Home is privileged to serve the Davis family.

Duane Bernard Davis, 87 of Salem went to be with his Lord on Monday, December 23, 2019 at his residence surrounded by his loving family.  He was born on March 5, 1932 in Salem a son of the late Leslie E. and Lillie Lucinda Davis.  He is survived... View Obituary & Service Information

The family of Duane Bernard Davis created this Life Tributes page to make it easy to share your memories.

Duane Bernard Davis, 87 of Salem went to be with his Lord on...

Send flowers to the Davis family.