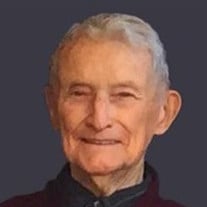 Having lived a long and full life, Dr. Frederick A. Spencer Jr. of Salem, West Virginia passed away peacefully at his home on Friday, February 27th, 2015 at age eighty-three. Fred “Doc” Spencer received his medical degree from the University of Arkansas at Little Rock and then practiced medicine for over forty years first in the US Navy as a flight surgeon. After completing his service he settled his family in Salem, West Virginia where he earned his Bachelor’s degree at Salem College. He then opened a family practice clinic there in January 1967. Doc was an old school country doctor who made house calls, delivered over one thousand babies (including all of his grandchildren), and never turned a patient away. Doc served as team physician for Salem College for many years and was well respected throughout the Salem community, especially within the Salem Seventh Day Baptist Church where he was an active member from 1967 until his death. He had a lovely singing voice, a terrific sense of humor, and a talent for flirting. Doc was an accomplished gardener whose prized dahlias filled the vases of his friends and family every summer. He also loved to travel and spent many a leisurely Sunday afternoon touring in his beloved Miata convertible. Most importantly, he was a steward of the community, generous with his time and resources, and his home/office were always open to those in need. Doc was preceded in death by his wife Mary Jo, two sisters Caroline and Ruth, his son Frederick A. Spencer III, daughter-in-law Dixie Lee Spencer, and granddaughter Patience Josette Spencer. He is survived by his sister, Harriet Hill, two daughters Kristianna Venderlic and Kathleen Miller, two sons-in-law Dennis Venderlic and Randall Miller; eight grandchildren: Kirk Venderlic and wife Tessah, Cody Venderlic and wife Samantha, Ryan Venderlic, Logan Venderlic and fiancé Sophia Greco, Abigail Miller, Miranda Miller and partner Joe White, Elisabeth and Ian Spencer; one great-grandchild Jude Venderlic and numerous nieces and nephews. Doc is also survived by a “second son” Grant Smith who did more for Doc than anyone will know and his “angel” caregiver Tammy Eddy to whom the family is very grateful. Doc was a pretty terrific gent and we’d love you to join us at his memorial service at the Salem Seventh Day Baptist Church on Saturday, March 7th at 4pm. Visitation will precede the service at 3pm at the church. Condolences and amusing anecdotes can be sent to the family at www.harbertfuneralhome.com. In lieu of flowers, donations can be made to the Spencer Memorial Fund at the Salem Seventh Day Baptist Church.

Having lived a long and full life, Dr. Frederick A. Spencer Jr. of Salem, West Virginia passed away peacefully at his home on Friday, February 27th, 2015 at age eighty-three. Fred &#8220;Doc&#8221; Spencer received his medical degree from the... View Obituary & Service Information

The family of Dr. Frederick A. Spencer, Jr. created this Life Tributes page to make it easy to share your memories.

Having lived a long and full life, Dr. Frederick A. Spencer Jr....

Send flowers to the Spencer, family.