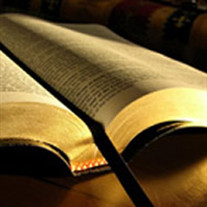 Gertrude Delilah Hayes, 92 of George St. Salem entered the Golden Gates of her Lord on Friday, July 5, 2019 at her residence surrounded by her loving family.  She was born on September 27, 1926 in Ritchie County a daughter of the late Flavious Sylvestyer Leonard Sr. and Elizabeth Jane Starkey Leonard.  Her husband Howard L. Hayes preceded her in death on April 9, 1995.   Surviving are two daughters, Regina Riley and husband Jack, Hartville, SC, Patricia Davis, Salem, three sons, James Hayes and wife Anita, Harold Lee Hayes and wife Sue, both of Salem, Dennis Hayes and wife Sonya, West Union, 22 grandchildren, 41 great grandchildren and 15 great great grandchildren.   She was preceded in death by three sons, William "Bill" Hayes, Thurman H. "Friday" Hayes and Kenneth "Kenny" Hayes, two grandsons, Michael Ray Booher, Raymond Lee Hayes, two great grandchildren, five brothers and four sisters.  She was the last surviving member of her immediate family.   Mrs. Hayes was a former employee for the Salem Personal Care Home as an aide and had been a Foster Grandparent in the local schools. She was a member of the Mt. Olive Baptist Church.  Gertrude enjoyed traveling, going out to eat, crafts and working puzzles.  She was a fabulous cook and enjoyed cooking and spending time with her family and pets.  She was a loving mother and grandmother and will be sadly missed by her family and friends.   Funeral services will be conducted in the Harbert Funeral Home 287 W. Main St. Salem on Tuesday, July 9, 2019 at 1:00 p.m. with Pastor Jon Hayes presiding.  Interment will follow in the K of P Memorial Park.  The family will receive friends in the funeral home chapel on Monday, July 8, 2019 from 2-8 p.m. and after 11 a.m. on Tuesday until time of service. Harbert Funeral Home is privileged to serve the Hayes family.

Gertrude Delilah Hayes, 92 of George St. Salem entered the Golden Gates of her Lord on Friday, July 5, 2019 at her residence surrounded by her loving family.  She was born on September 27, 1926 in Ritchie County a daughter of the late Flavious... View Obituary & Service Information

The family of Gertrude Delilah Hayes created this Life Tributes page to make it easy to share your memories.