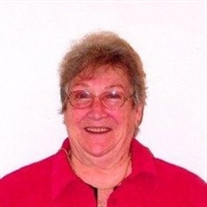 Mona Lee Morgan, 87, of the Big Isaac Community passed away unexpectedly Tuesday evening, April 9, 2019 at United Hospital Center, Bridgeport. She had been in ill health for several years. She was born November 6, 1931, the only daughter to Evan Brennan Gum and Frankie Clevenger Gum. On November 4, 1950, she married Ora Edward Morgan who preceded her in death February 6, 1986. Mona Lee is survived by five children, Edward L. "Eddie" (Jo) Morgan, Sherry "Darlene" (Butch) Bennett, Roy E. "Sonny" (Debra) Morgan, Donna Y. (Jack) Hinkle, and Leanne S. Williams; also surviving are ten grandchildren: Jennifer (Mike) Bennett Stills, Michael (Nicole) Bennett, Stacey (Brian) Patterson, Sheena (Kellon) Martin, Joshua Morgan, Zachary Morgan, Ora Morgan, Morgan Rardin, Chelsea Williams and Preston Williams;  ten great-grandchildren, Tyler, Taylor and Taryn Stills, Sara and Jake Comer, Carson Bennett, Drew and Will Patterson, Nakiyaah Peterson and Adrionna Martin; and waiting the arrival of Brinlee Jordyn Bonnell within the next few weeks. She is also survived by one sister-in-law, Betty L. Merritt and many nieces and nephews. Mona Lee was the last surviving member of her immediate family having been preceded in death by her two brothers, Jim Gum and Dick Gum. She was very active in community affairs until the age of 80 when her health wouldn't allow it any longer. She was the leader of the Big Isaac Clovers 4-H Club for 37 years. She was a former Doddridge County Leader of the Year, a member of the Doddridge County 4-H Leaders Association and attained the highest award of 4-H All Stars. She worked countless hours on projects, including but not limited to dinners, to insure that any child who wanted to attend 4-H Camp had the resources to do so. She was the 2006 recipient of The Exponet Telegram Cecil B. Highland Jr. Citizen of the Year Award having been nominated by Alice Proper. Proper called Mona a "community mother". She served on the Doddridge County Park Board for 28 years, replacing her husband who had served and  been instrumental in the purchase of the land for the Park. She was very proud of the Park and the role she played in improvements throughout the years. She also served on the Republican Executive Committee for 28 years. She worked diligently on preparing the potato salad and fixings for the Annual Ox Roast. Mona Lee was known throughout the county as an excellent cook. She also had real talent for quilting, sewing and embroidery. She was a member of the Quilting Circle at the Big Isaac UM Church. She took a lot of pride in her handiwork and enjoyed teaching the younger ladies how it was done. She embroidered countless sets of pillow cases, which she gave as gifts. She pieced and made quilts for each of her children and grandchildren. She organized the Adopt-A-Highway program for the Big Isaac Clovers 4-H Club and the Big Isaac United Methodist Church for many years. Another favorite pastime was her vegetable and flower gardens. She loved flowers and could name just about any one that was shown to her. She also hired young people from the community and educated them on the proper planting and care for gardens. Another enjoyment was camping and fishing with her family at Stonewall Jackson Lake. The family would like to express their sincere appreciation for the loving care provided by her caregivers during her last few months-Tracy, Shandel and LaWanda. You care for and loved our mother as if she were your own. She became a member of the Union Mission Church at New Milton when she was 15 years old. She had attended the Big Isaac United Methodist Church for 40 years and served on the Charge Council and as a Trustee. She was involved in the Jarvisville Women of God who travelled to many churches to present a play entitled, "The Chosen Twelve-Women who Encountered Christ". Their play led them as far away as New York City. Funeral services will be conducted in the Harbert Funeral Home on Saturday, April 13, 2019 at 1:00 PM with Pastor Paul Thompson presiding. Interment will follow in the Big Isaac Cemetery. The family will receive friends in the funeral home chapel on Friday, April 12, 2019 between the hours of 2-8 PM and from 11:00 AM until time of service on Saturday. Harbert Funeral Home is privileged to serve the Morgan family.

Mona Lee Morgan, 87, of the Big Isaac Community passed away unexpectedly Tuesday evening, April 9, 2019 at United Hospital Center, Bridgeport. She had been in ill health for several years. She was born November 6, 1931, the only daughter to... View Obituary & Service Information

The family of Mona Lee Morgan created this Life Tributes page to make it easy to share your memories.

Send flowers to the Morgan family.