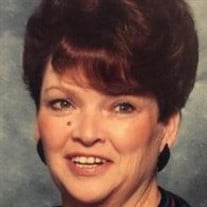 Rhea L. Cottrill Richards, of Big Flint, Salem, Doddridge County, passed away on Monday, February 8, 2021, while recuperating from a surgery and other health issues. She was 74. Rhea was born on August 16, 1946 in Big Flint Community to Lawrence Burl Cottrill and Tressie Louise Forrester Cottrill. Rhea owned and operated her own small business, Rhea’s Beauty Bar, on Main Street in Salem, WV for over 30 years and welcomed her patrons with good conversation and WPDX Radio playing in the background. On October 23, 1993 she married Henry Amos Richards Jr. Rhea enjoyed her family and had many large family gatherings on Big Flint. The old home welcomed her brothers over the weekends, where they would visit and fill the house and yard with family. Stories would be told (and re-told) while nieces and nephews and neighbors ran and chased, played tag and caught fireflies until parents drug them to the car to head home. Only to repeat that tradition again the next weekend. Those gatherings continued when the new house was built in place of the old. Big Flint was always made to feel like home. She is survived by her one child, Matthew Cottrill, and his wife, Rosalie, of Annandale, VA; stepdaughters and their husbands, LaDonna and Richard, Tina, Susan and Chris; brothers and their wives, Kenny and Julie, James and Phyllis, Roger, Rodney and Vicki, as well as many grandchildren, nieces, and nephews. Rhea was preceded in death by her father, Lawrence; mother, Tressie; husband, Henry; and brothers, David and Crandall; and half-brother, Robert. The family will be holding a memorial service to celebrate Rhea’s life on Sunday, February 21, 2021 at the Doddridge County Park’s Main Building, in West Union. Due to capacity restrictions, the family requests that friends of Rhea’s gather to celebrate her life and express condolences between the hours of 1PM-2:30PM. Pastor Louis Ortenzio will preside over a private family service at 2:30PM. Per Mrs. Richards wishes she was cremated by Direct Cremation Services of Virginia. In lieu of flowers donations are encouraged to be made to the Rhea Cottrill Literacy Fund at the Doddridge County Community Foundation, c/o PACF, P.O. Box 1762, Parkersburg, WV 26102 or made online at www.pacfwv.com/RheaCottrill. Harbert Funeral is privileged to serve the Richards family

Rhea L. Cottrill Richards, of Big Flint, Salem, Doddridge County, passed away on Monday, February 8, 2021, while recuperating from a surgery and other health issues. She was 74. Rhea was born on August 16, 1946 in Big Flint Community to... View Obituary & Service Information

The family of Rhea L. Cottrill Richards created this Life Tributes page to make it easy to share your memories.