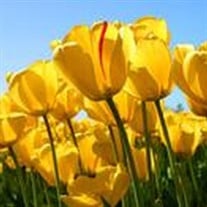 Virginia L. Clevenger, 87, of East Main St., Salem departed this life on Monday, October 31, 2011 at her residence. She was born on July 23 1924 a daughter of the late Hamilton G. and Laura Alice Walker Taylor. Twice married, she was preceded... View Obituary & Service Information

The family of Virginia L. Clevenger created this Life Tributes page to make it easy to share your memories.

Send flowers to the Clevenger family.